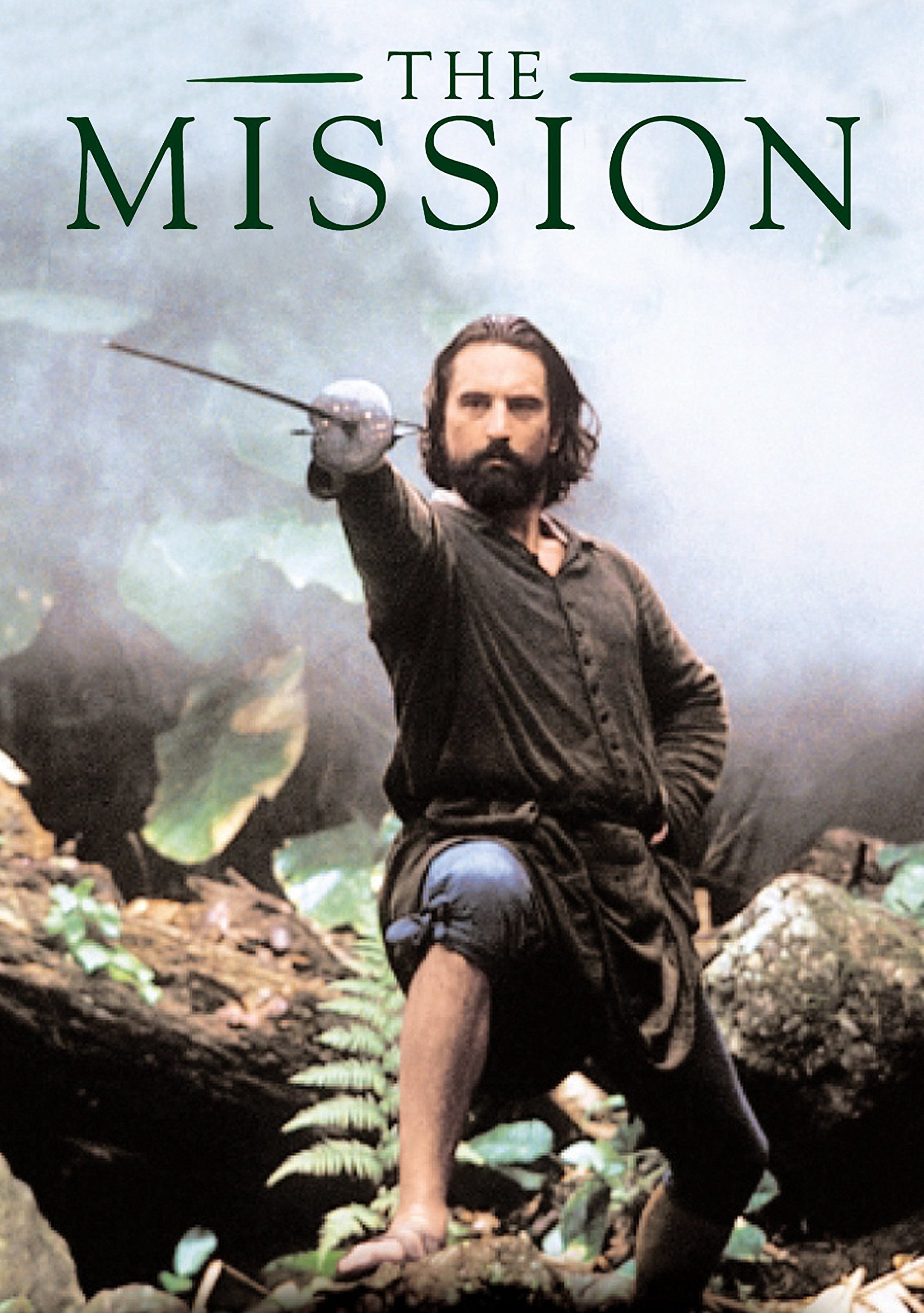 This writeup is largely based on a review by Stephen Greydanus who blogs at Decent Films: http://decentfilms.com/reviews/mission
The Mission is a 1986 British period drama film about the experiences of Jesuit missionaries at a time of transition and turmoil in 18th-century South America. The story is a fictionalized account of an historical event that was both an atrocity and a tragedy. The film is included on Vatican’s list of Top 15 Films in the Religion category.

In 1750, Spain and Portugal signed a treaty renegotiating a borderline between Spanish and Portuguese territories in South America, with Portugal taking control of a previously Spanish region on the Paraguay River. In this region were a number of mission communities, founded by the Society of Jesus, where thousands of native Guaraní converts lived.

The Jesuit missionaries strongly opposed slavery, an institution long condemned by Rome. Spain had anti-slavery laws, but Portugal didn’t; and naturally the Guaraní — who even under the Spanish administration were already being covertly hunted by Portuguese slavers — deeply resented the transfer of power.

The movie tells the story in three acts, each with its own moral crisis. First, there is the slaver Mendoza’s personal struggle between despair and redemption. Then comes the sad, foregone investigation of the papal legate whose de facto mission is to rubber-stamp established plans to abandon the missions. Finally, there is the crisis between Fr. Gabriel and former slaver, now Jesuit, Mendoza over the issue of guerrilla resistance.

The Mission is a difficult film, and it is a beautiful one. It explores the spiritual and the temporal, and the relationship between them, in a thought-provoking way. It contains moving images of despair, penance, and redemption and it offers a positive depiction of Catholic missionaries as selfless champions and defenders of indigenous peoples and their ways of life. It begins and ends in martyrdom — in bearing witness, signed in blood. It deserves attentive watching and thoughtful reflection.

“Being Christian is not the result of an ethical choice or a lofty idea, but the encounter with an event, a person, which gives life a new horizon and a decisive direction.”
Pope Benedict XVI Deus Caritas Est 1
Follow Us:
Mother of God Community • 20501 Goshen Road • Gaithersburg, MD 20879 | (301) 990-2081